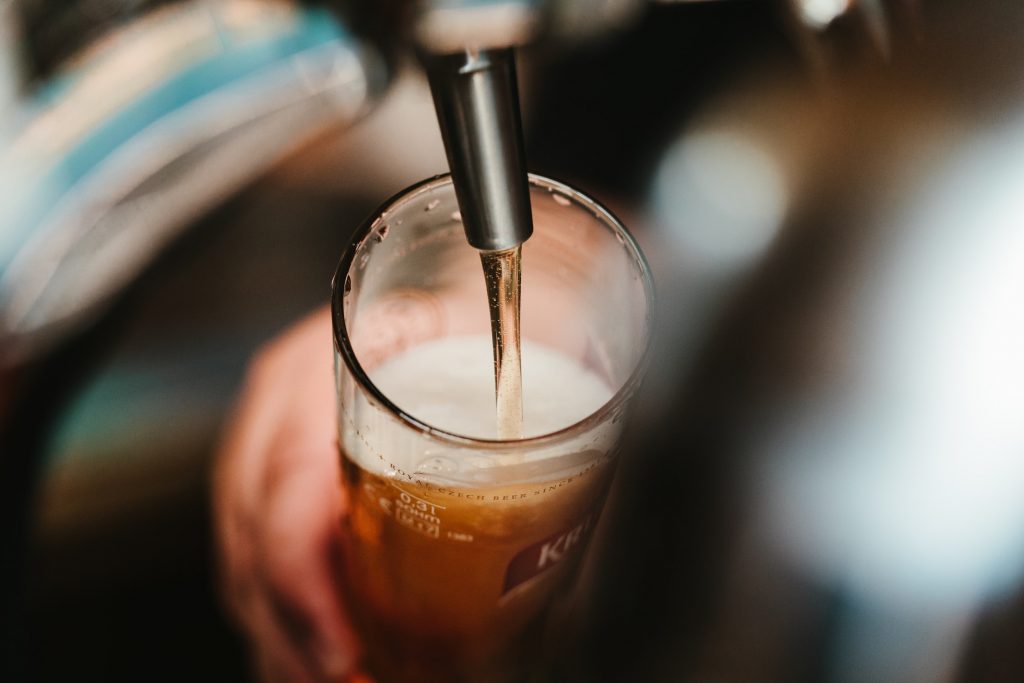 Like any good brew, Jordan Gardenhire’s eventual arrival in Cabo took patience, timing and more than a few twists and turns.

Similar to most college kids, Jordan was a beer enthusiast during his formative years at CU Boulder. But, unlike most, Jordan parlayed his love of craft beer into a side hustle, brewing it in his dorm. He used five gallon buckets to magically transform malted barley, water, yeast and hops into the irresistible elixir that fueled many a wild party. Word got around about this “free” craft beer and soon he had a hard time keeping up with the demand. It seemed his friends and other students enjoyed drinking it just as much as Jordan enjoyed brewing it and his exploits became legendary. Jordan’s Baja Moment Jordan got a good job right out of college, but he soon realized that going to work every day in a suit and tie and being cooped up inside an office just wasn’t for him. So he did what any self-respecting young grad with a steady job and a restless spirit should do, he traded in his 9-to-5 for the excitement of the unknown. Jordan had always had an entrepreneurial streak. As a student he dabbled in working for himself by running his own crew of house painters during the summers. He didn’t know exactly what he wanted to do, but he knew he wanted to run his own show and he wanted to do it abroad. What first drew Jordan to the Baja Peninsula was the same irresistible force that attracted countless generations of explorers and thrill seekers before him; empty landscapes of breathtaking beauty, the unique spirit of a warm and welcoming culture, but most importantly, the allure of adventure. So it was that Jordan packed up his bags, loaded up the Honda Civic and set a course due south. 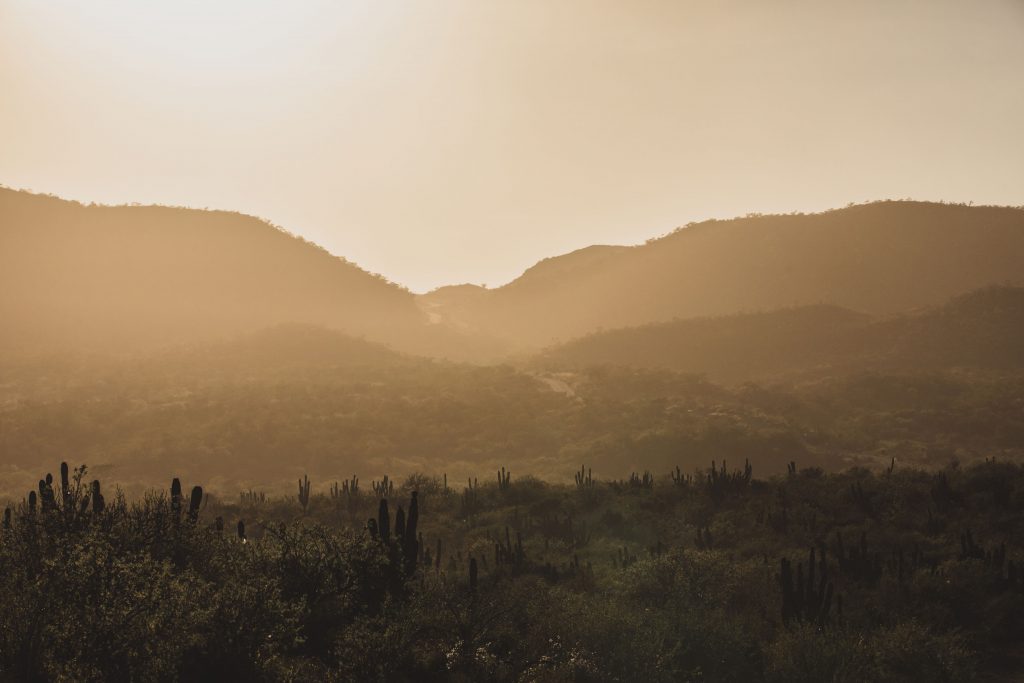 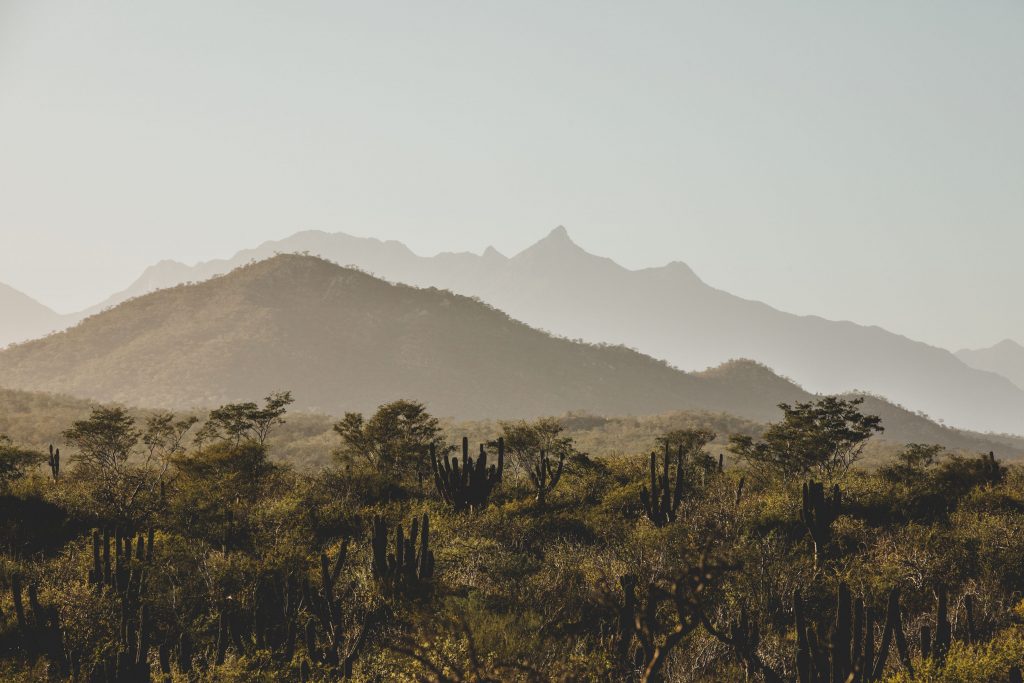 The vagaries of youthful exuberance being what they are, Jordan wildly overshot the goal of reaching Los Cabos and ended up in Costa Rica instead. After a time and via an indirect route, he finally set a course for the Baja Peninsula in search of sun, surf and señoritas. Jordan’s trusty steed barely made it, slowing him down each time the engine refused to start. He resorted to popping the hood to warm the cold engine in the sun before firing it up. But Hondas being what they are, and the undeniable attraction of Baja being what it is, Jordan eventually made it to his ultimate destination.

Upon arriving in Cabo San Lucas, Jordan went straight to the beach to soak up the local ambiance and a beer or two. Procuring a room at the Bahia Hotel near the famous Playa El Medano, Jordan was immediately captivated by the sheer beauty and pulsating energy of the place. Thus transfixed, he decided to make a go of it and began immediately to look for a job. He was hired on the spot by the most reputable real estate company in town. Los Cabos was booming and for those in the business of selling paradise to wealthy foreigners, life was good. Jordan relocated 20 miles up the coast to San Jose del Cabo, where he rented a place near the beach that was more befitting his rising stature as an ambitious purveyor of dreams.

It was about this time that Jordan’s bachelor dad, Charlie, lured by the enchanting tales of a sun-soaked paradise, hastily made his way down to Cabo. What began as a brief visit, soon morphed into something more permanent and it wasn’t long before father and son decided to put down roots in this vibrant and magical place. They both set about brainstorming ideas on how to make a go of it. Their first plan was to start a submarine tour in the marina, which, as you might expect, quickly foundered on the unforgiving reef of reality. Common sense having prevailed, the two settled on a kernel of an idea, planted several years ago in a dorm room far away. Craft beer. Looking back now, Jordan can clearly see the profound influence those early days, brewing small batches for friends, had on the future trajectory of his life. Jordan and his dad, driven on by a sense of fate, worked feverishly on the business plan. They attended every seminar they could find on brewing craft beer, soaking up every bit of knowledge and a fair amount of good beer along the way. As they delved deeper into the craft beer industry, they soon discovered a genuine sense of community among the generous brewers they met. Every time Jordan and his father reached out, someone in the craft community was there to provide timely insight and advice. That’s when they realized they had chosen the perfect profession. They had found their people.

Rob had met Jordan in Boulder, while the two were bartenders after college. Rob had been planning to open a restaurant in Colorado, but after talking to Jordan, he sold his apartment, packed his belongings and headed for Cabo to open the restaurant side of the business. Rob had driven nine-tenths of the 1700 miles to Cabo San Lucas without event, but just a couple hours shy of his destination, he swerved violently to avoid a black cow standing in the middle of the pitch-dark road. Thankfully, both Rob and the nearly invisible cow were fine, but the car did not survive. All of Rob’s worldly possessions were strewn across the highway, including a flat screen TV which had been thrown clear of the vehicle. It was an amazing sight. Still quite shellshocked, Rob called his buddy Jordan to come rescue him and they cautiously drove the remaining distance from La Paz to Cabo. Still a bit shaken by his jarring introduction to the local hazards of the peninsula, Rob wisely decided to forego the infamous party scene near Squid Roe, for a night. It would prove to be the only chance at revelry Rob would ever pass up again. And so it was, through a series of improbable coincidences and fortunate turns, that the idea for the Baja Brewing Company was born. Life can be funny like that. Sometimes you think you’re going to be a submarine captain and you end up opening the first brewery in Baja California Sur. But that my friends, is another story.